In the book Peak psychologist Anders Ericsson and co-author Robert Pool explain the process by which experts improve on their performance and become distinguishable from others in their domain. One major characteristic in their findings is that under deliberate practice experts become more efficient in developing mental representations, which they define as "a mental structure that corresponds to an object, an idea, a collection of information, or anything else, concrete or abstract, that the brain is thinking about." Although they provide a definition, exactly what mental representations are, how they function, and how they are assessed have been and continue to be debated by scientists and philosophers to this day. The mental representation concept was developed by cognitive scientist and philosopher Jerry Fodor during the cognitive revolution. Cognitive scientists view the brain not as a computer, but as as an information processing system that gives rise to the mind and its content.

In 2005 cognitive psychologist Steven Pinker wrote an article under the title So how does the mind work? (Pinker, 2005) which provides a definition of the computational theory of mind,

[...] mental life consists of information processing or computation. Beliefs are a kind of information, thinking a kind of computation, and emotions, motives, and desires are a kind of feedback mechanism in which an agent senses the difference between a current state and goal state and executes operations designed to reduce the difference. ‘Computation’ in this context does not refer to what a commercially available digital computer does but to a more generic notion of mechanical rationality, a concept that Fodor himself has done much to elucidate (Fodor, 1968; 1975; 1981; 1994).

Mental representations work under the assumption that the brain has no direct access to the external world, but gains imperfect information from the senses. How do we make sense of this information? The intuition of how our mind represents external reality is what Daniel Dennett calls the Cartesian Theater. It is the belief that the brain replicates the external environment exactly as it is and projects it at one point in space and time in the brain. But when the brain is dissected, directly observed in vivo, or imaged we find no pictures, sounds, tastes, or written statements about its external environment. Even though there is a vast amount of misinformation in the Internet, you can still find great material by experts in the field. Here is Daniel Dennett, an expert in cognitive science and philosophy, explaining how our brain and mind work,

Unfortunately, there is still a lot of education based on the Cartesian theater model. If we don't understand how the brain functions it doesn't matter how much deliberate practice you put in, mental representations can still just be sophisticated illusions or intuitions of how the world works. The antidote for illusions and unexamined intuitions is high quality education with a strong scientific and philosophical background. Teaching and learning mental representations in medicine without science and philosophy are the perfect ingredients for a naive practice.

Do you still believe in magic? 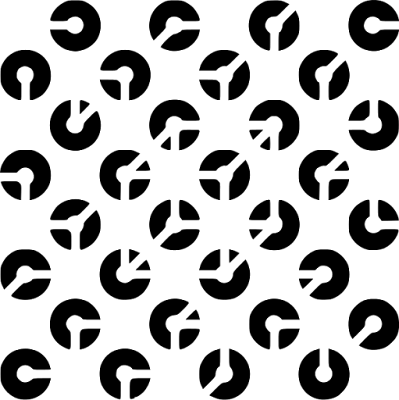