B. F. Skinner explains how a pigeon's behavior can be shaped using rewards.

The next video shows a crow solving a puzzle, but the crow has done each step separately with the help of rewards.

The previous two videos showed how behavior can be programmed. In this next video Claude Shannon shows how a machine can "learn" behavior.

A (NSFW) scene from the HBO TV series Westworld where Maeve finds out her thoughts and behaviors are programmed.

Some thoughts from Daniel Dennett on competence without comprehension and how human computers used to accomplish complex behaviors,

The Pre-Turing world was one in which computers were people, who had to understand mathematics in order to do their jobs. Turing realized that this was just not necessary: you could take the tasks they performed and squeeze out the last tiny smidgens of understanding, leaving nothing but brute, mechanical actions. In order to be a perfect and beautiful computing machine, it is not requisite to know what arithmetic is.

Consider how Turing went about his proof. He took human computers as his model. There they sat at their desks, doing one simple and highly reliable step after another, checking their work, writing down the intermediate results instead of relying on their memories, consulting their recipes as often as they needed, turning what at first might appear a daunting task into a routine they could almost do in their sleep. Turing systematically broke down the simple steps into even simpler steps, removing all vestiges of discernment or comprehension.

Turing, like Darwin, broke down the mystery of intelligence (or Intelligent Design) into what we might call atomic steps of dumb happenstance, which, when accumulated by the millions, added up to a sort of pseudo-intelligence.

We humans too often prematurely grant authority to things that in fact lack comprehension. 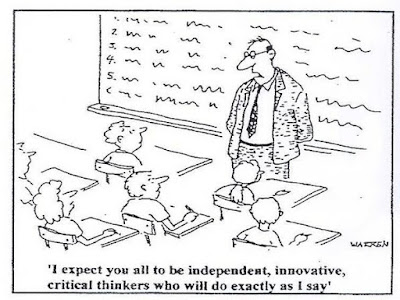